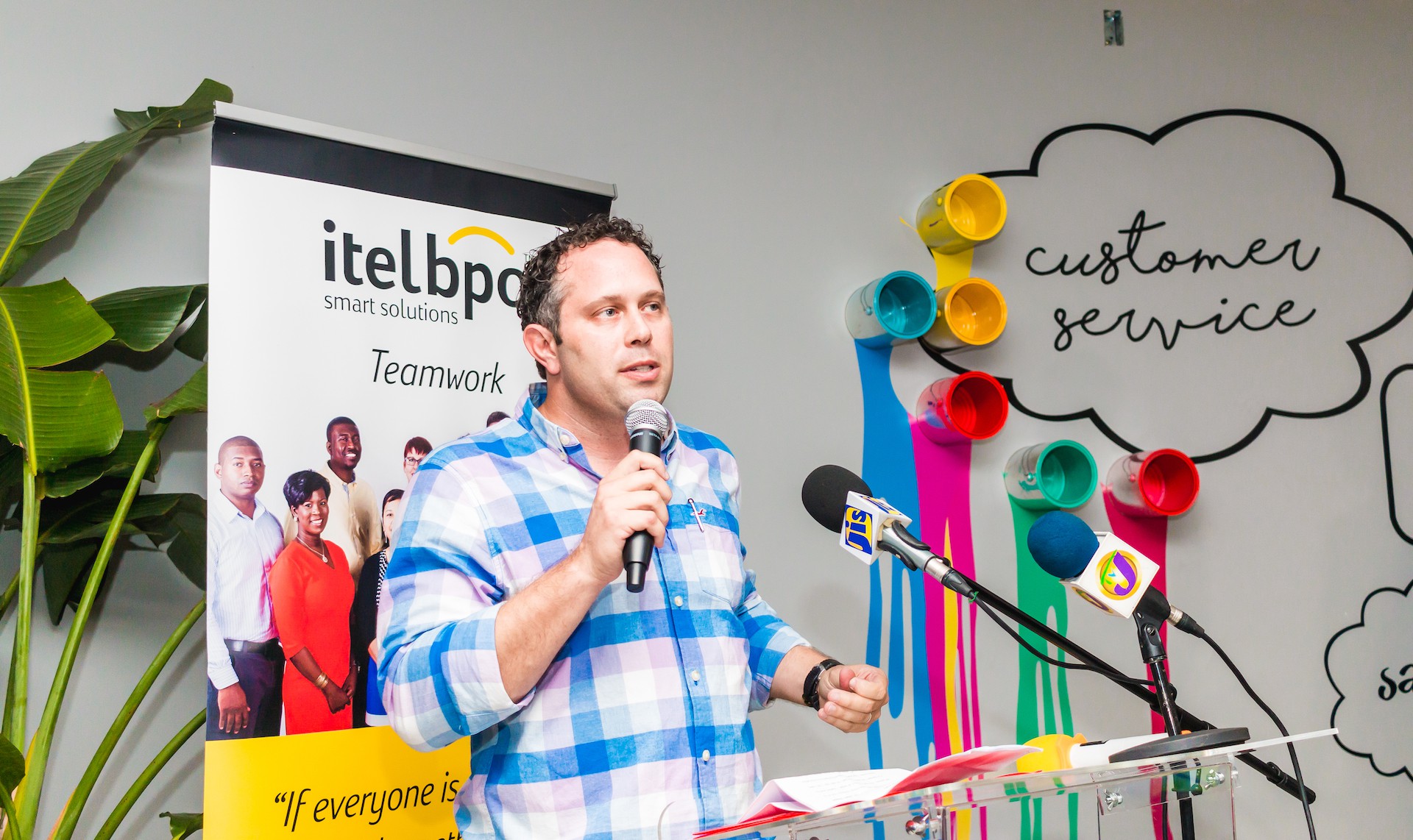 Founder and chief executive officer (CEO) of itelbpo — the Caribbean's largest home-grown Business Process Outsourcing (BPO) services provider —Yoni Epstein, says that BPO companies in Jamaica are well suited by their geographical locations. “I think that if we look at the BPO space and see what is happening globally in the Philippines and in India, I believe there are going to be companies interested in putting their business closer to home and coming back to this side of the world,” Epstein says. The former Sandals Resorts International employee, who left the hotel chain six years ago to build itelbpo, was speaking last Wednesday at the company's first international summit under the theme “Smart Solutions, Modern Disruption”, at its Freeport House, Montego Bay location. He argued that the company has always had the mindset of getting to a point where it can provide its customers with more than what they get in other places. “It's very simple, there are no frills. It's not a bunch of big words and data. It is simply about getting the job done. This is important, because when we make our clients look good, they make us look good. The more we diversify, the more other lines of business open up and other opportunities come on stream,” Epstein said. The summit brought together some of the most recognisable names in the global BPO industry at the itelbpo Freeport House, Montego Bay, for an exciting day that involved presentations from members of the itelbpo executive, industry experts, and the Government's trade and investment promotion arm, Jampro. The event was aimed at providing an authentic insider's view into the company's culture and operations as a demonstration of their innovative and modern disruption of the global BPO industry. itelbpo hosted leading local and international analysts and influencers, creating the perfect audience and network to bring business and exposure to the company and Jamaica as a BPO destination. The day's events also included an interactive tour of the company's modern and fun offices, affectionately dubbed 'Jamaica's Silicon Valley on the sea'. Peter Ryan, principal of Ryan Strategic Advisory, an internationally known expert in the field, started the summit with insights into the Jamaican BPO industry, and itelbpo's leading role in it. Ryan noted that the success of itelbpo highlighted that emerging firms like itelbpo have become major disruptors in the industry. “They have brought new ways of doing things and new ideas that have challenged the way in which this industry has traditionally operated. Despite its small size relative to some of the major players, itelbpo has really shown that it can deliver at the same level, or even a higher one, than the big guys; and I believe that is what has allowed it to grow to this point, and it is what will secure its success in the future,” Ryan said. Claude Duncan, vice president for sales and promotions at Jampro, supported Ryan's points, highlighting that the familiarity of Jamaicans with the US and Canada makes the country a perfect near shore BPO destination. He also pointed out that Jamaica's connectivity to the outside world was another major factor. “Being a nearshore location is one advantage, but being a major tourist destination is even more advantageous, because it means there are frequent flights in and out of the country. This means executives can arrive in the morning, do some work and leave in the evening, due to over 400 international flights weekly,” he noted. Founded in 2012 in Montego Bay, Jamaica, itelbpo is now a global business. Boasting five facilities in four onshore and ultra-near shore locations, and a network of US-based workfrom- home experts, it has an optimised workforce to deliver customised contact centre solutions. Highlight of the day was the presentation from itelbpo's team of executives, including Epstein; CEO of itelbpo Americas, Felix Serrano; global head of Operations and partnership development, Sebastian Tickle; and VP of Human Capital, Michelle Yeo. The group gave in-depth insight into the company's strategic direction and its impact on the industry, its family-oriented and dynamic culture, and its vision for the future.
View more