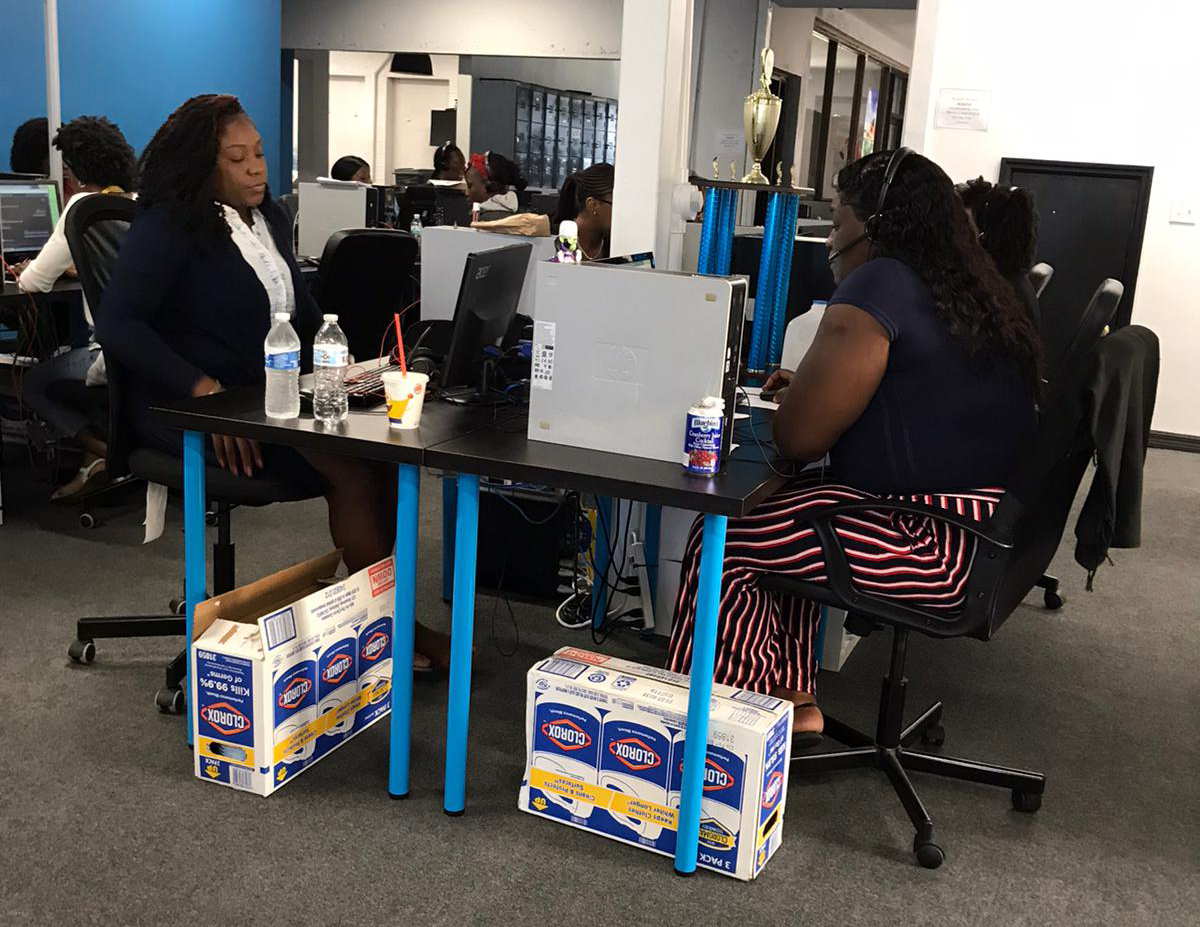 Grand Bahama-based itelbpo has gotten 120 of its 168 employees back to work in the wake of one of The Bahamas’ most destructive hurricanes in history, all while helping to raise funds for hurricane relief.

itelbpo stated in a press release that the company has shown remarkable resilience by getting back to business only two weeks after Hurricane Dorian hit, even as “60 percent of the island is still shut down”.

“Relative to the organizational size of large global players, itelbpo is a small player,” the release notes.

“Yet, it has shown the world that The Bahamas has what it takes to maintain global standards in BPO (business process outsourcing) execution. Throughout the storm, itelbpo’s leadership team remained in close contact with its Bahamas team on the ground.

“As a result of the team’s seamless crisis management, rapid response and cross-border collaboration, itelbpo began serving its customers again this past Monday, September 16, at 25 percent capacity.”

The company stated in its release that it hopes to get back to 100 percent as quickly as possible.

According to the release, the company held a T-shirt drive on Grand Bahama and also launched a GoFundMe page. It hopes to raise $100,000 in donations for The Bahamas.

itelbpo is headquartered in Jamaica.

“To date, itelbpo has raised over US$60,000 from staff, partners, friends and the CB Facey Foundation, as well as committing $25,000 of its own funds,” the release revealed.

“One week after Dorian, they had already deployed $30,000 of disaster relief items, including medical devices, equipment, childcare and household items and more.”